This is a drone I built in September of 2020. After researching for months and waiting for parts to come from many places, I was finally able to take the drone on it’s maiden flight.

FPV mean First Person View. With the use of a VTX, (Video Transmitter) I can see what the drone sees as If I am in the cockpit of an airplane.

Freestyle is a form of quadcopter flying in which the pilot performs arcobatic movements and does what ever they want! The alternate form of FPV drone flying is Racing. Where pilots follow a course, consisting of flags, blocks and other obstacles.

Most drones are technically FPV drones. Many consumer and enterprise drones for photography or industrial work also use FPV because it’s much easier to fly a drone when your ‘in the cockpit’. However ‘FPV drones’ usually refer to a hobbyist self-build drone that is fast!

I wear goggles that have a reciever for the video transmission coming from the drone. This image is then displayed onto two screens in the goggles (one for each eye).

To controll the drone a radio controller transmits controlls to a radio reciever on the drone.

A camera can then be strapped to the drone for HD recording of the flight. Often a GoPro is used for it’s small form factor and tough body (for when you crash!). 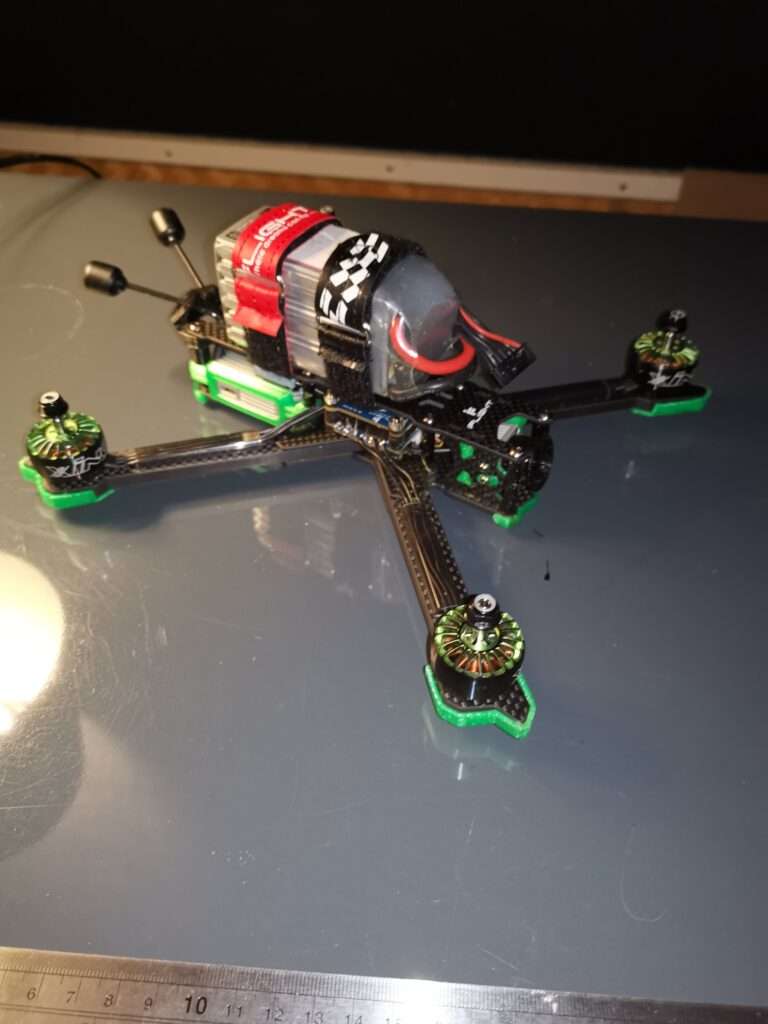